Preparations for ProWein in Full Swing 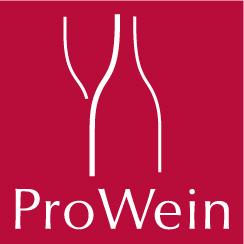  Hall change planned as from 2015

After two record events in a row ProWein 2014 is also on course for success: six months before the international leading fair for wines and spirits opens and it is now already fully booked again. The overwhelming majority of exhibitors at ProWein 2013 will be returning to the next event in Düsseldorf from 23 to 25 March 2014 and most even want to enlarge their stands. At the same time, numerous new firms have opted to participate in ProWein for the first time now. For instance, there will be a new joint stand from Canada. Overall, suppliers from some 50 countries will be presented and all international market leaders will feature. High-quality speciality spirits round off the comprehensive range.

The supporting programme at ProWein also offers a top notch selection every year. The newly established ProWein Forum in Hall 7.1 generated particular interest at its 2013 premiere. Exhibitors and visitors praised the concept of this central seminar area. And this is why the ProWein Forum will once again complement the event range at the fair. Awaiting visitors will be a varied mix of theme-related tastings plus lectures on markets and trends.

While preparations for ProWein 2014 are in full swing those in charge at Messe Düsseldorf are also already one step ahead opting to move ProWein 2015 from Halls 1 – 7.1 to Halls 9 – 17. Commenting on the decision Michael Degen, Division Head at Messe Düsseldorf and ProWein Director, said: “As shown by the highly successful ProWein 2013 and current registration levels for the 2014 event, our projections for the growing space requirements at ProWein were too conservative. Overall space offered by Halls 9 to 17 exceeds that of Halls 1 to 7.1 – making us more flexible and better able to meet the needs, especially of our long-term exhibitors.” Since occupancy at the exhibition centre is planned years in advance a short-term change was not possible in 2014.

This move makes for scheduling reliability: already now Halls 9 to 17 have been reserved for ProWein over the next few years in such a way as to rule out scheduling in the week before Easter. Commenting on this Hans Werner Reinhard, Deputy Managing Director at Messe Düsseldorf, said: “For the wine and spirits sector ProWein is the leading international fair and it plays a key role in Messe Düsseldorf’s portfolio. Our declared aim is to safeguard the best possible conditions long term.”

Another advantage for exhibitors: moving into new halls in 2015 will also mean an increase in the maximum permitted stand height from four to six metres. “This move means we can meet a need voiced by numerous exhibitors for many years now. To ensure reliable planning for stand construction we are informing of the hall change in 2015 already at this early stage,” explains ProWein Director Degen adding: “We will be working on hall occupancy details over the coming months and will obviously take exhibitor needs and feedback into consideration as far as this is possible.”

ProWein 2014 will be held in Düsseldorf from 23 to 25 March when it will also be celebrating its 20th anniversary.