During the summer ended the evaluation process of the scientific works presented at Enoforum 2013. The winners of the SIVE Awards “Research for Development” resulted Diana Gazzola for the Versini Award, and Ramón Mira de Orduña for the International Award.

The SIVE prizes are awarded to grape or wine researches that are innovative, with high scientific value, and focused on topics judged important and useful by technical people. The final goal of the awards is to encourage dialogue and collaboration between research and production, which is one of the statutory purposes of the Italian Society for Viticulture and Enology (SIVE). 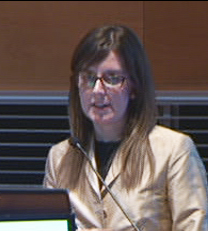 The VERSINI Award is reserved to Italian researchers and is dedicated to the memory of the well-known scientist. Thirty-seven papers from 19 different Italian research centers participated the 4th edition of the competition. The selection process was coordinated by Vinidea (SIVE secretariat); it contemplated a first evaluation by a Scientific Committee composed by 65 scientists (32 Italians,  23 Europeans and 10 extra-Europeans), which allowed the identification of the 26 most innovative works admitted as oral presentation at the congress Enoforum 2013. After having attended the presentation, about one fourth of the 1,000 Enoforum participants expressed a judgment; based on the evaluation of technical people involved in wine production, 10 finalists were identified. The Scientific Committee attributed to the 10 presentation a score on their scientific value, coming to a final ranking considering all evaluation phases. The best absolute composed score defined the winner. Here below are the works that followed the winner in the list:

The International SIVE Award is at its first edition. It is inspired by the same principles of the Versini prize and follow an identical selection procedure, but it is open to non-Italian researchers. 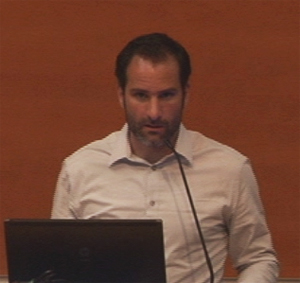 Fifthy-eight works produces by 34 different research centers production applied for the award. The Scientific Committee selected 19 work as oral communication at Enoforum; 16 of them were from non-Italian authors. The wine technical people narrowed down the list to nine presentations, submitted again to the Scientific Committee for the evaluation of their scientific value. The work “Full automation and control of vinifications by FT-NIR spectroscopy: An innovation presenting ground-breaking opportunities” presented by Ramón Mira de Orduña (Ecole d’Ingenieurs de Changins, Switzerland) obtained the best combined score and received the 1st International SIVE Award. The research was carried out in collaboration with Charles Frohman (Cornell University, USA) and Doris Rauhut (Geisenheim University, Germany).

The second best scored works worth to be mentioned:

“The researches that participate this year competition were very numerous, but above all of high quality. The selection has been very difficult; differences in the scores were often very small. I must thank the Scientific Committee components who performed a precious work, though this year quite strenuous due to the high number of high-level candidates.

I am particularly glad of the participation of such a high number of prestigious research centers from so many countries: the SIVE Awards and Enoforum are progressively assuming the role of a rather exhaustive review of recent worldwide viticulture and enology research. This valuable content is available to SIVE associated and all participants to its events. The establishment of a second Award, open to foreign researchers, gave this year an important momentum to the initiative.

We are particularly satisfied of the 2013 edition of the SIVE Award, and we believe it represents an useful tool to stimulate the research to remain attentive to the needs of wine production and to keep being able to produce technological innovation useful to improve wine quality.”

The SIVE Award winners will receive € 7,500 each on the respective research fund. The official awarding ceremony will take place in Conegliano (Italy) on December 5, 2013, within a workshop organized by SIVE on the use of new clarifying agents in winemaking.

The audiovisuals recorded at Enoforum will be available on the internet journal INFOWINE (www.infowine.com) in the Italian, Spanish, and English versions.

The Italian Society of Enology and Viticulture (acronymus SIVE) is an association founded in 1996 to promote technical updating of wine industry people and the transfer of scientific results on enology and viticulture from academic to production worlds. The number of associated has reached 700; the associated persons are winemakers, agronomists, consultants, winery owners, the associated enterprises are wine producing company, product, equipment and service suppliers.

SIVE has organized more than 60 educational trips in all wine regions of the world, around 100 among seminars, tasting meetings, and updating courses.

SIVE is co-organizer of Enoforum, a biennal event that became the biggest technical and scientific congress in Europe for the wine industry. During Enoforum more than 100 speeches and 80 posters are offered to the 1,000 participants; it becomes the preferred showcase for most of the Italian research groups and sees the contribution of the several scientists internationally reputed.

The SIVE Secretariat is given to the company Vinidea srl.