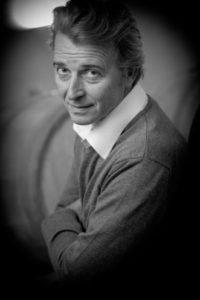 Frédéric de Luze, President of the Médoc Crus Bourgeois, has died at the age of 54 following a long illness.

He was barely 20 when he went into business with “Baron Frédéric de Luze” in 1981. Then, ten years later, he got together with Thierry Decré to successfully create LD Vins, a company specialising in the sale of grands crus internationally.

In 2004 he took over the reins of the family property, Château Paveil de LUZE, a historic Cru Bourgeois of the Médoc in Margaux, succeeding the 5 generations that had gone before him.

In 2010, he decided to commit further to the family of Médoc Crus Bourgeois by taking over from Thierry Gardinier as president of the union. Starting with the idea of rebuilding, he constantly reinvented it and united the growers of the Médoc around ambitious projects.

With unmatched will and determination, he put in place the “Cru Bourgeois” quality initiative, a novelty in the wine sector at the time and since recognised by all.
In a few years he developed, with the help of his Board of Directors, a strong presence for the Crus Bourgeois on international markets to promote this new quality initiative. At the same time, he reinvigorated the image of Médoc Crus Bourgeois with new communication tools such as the “Cru Bourgeois” sticker and the Blog “Bourgeois et fiers de l’être” (Bourgeois and proud of it).

Attentive to the markets and to his peers, he launched a project for a new classification to be valid for 5 years and with a hierarchy of crus. The culmination of his presidency should have been the publication of this classification. The long and terrible illness against which he fought with great courage did not allow him to complete his work.