The Rise of Regionality 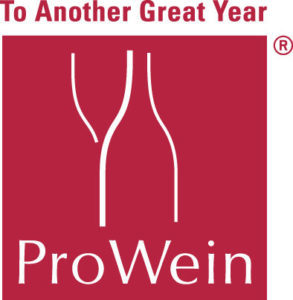 Not so very long ago, “imported” was synonymous with “better,” and viticultural renommee was measured in terms of how one’s Chardonnay, Cabernet Sauvignon or Merlot measured up to a few internationally established, high profile benchmarks. Predictability trumped particularity, and the true sign of success was to be Just. Like. Them. Again.

Change came through the growing movement in food and wine culture toward individuality and story, and perhaps customer fatigue from repeatedly tasting the same handful of boring, wines in differently colored packages. Just being another Chardonnay is no longer enough. Rather than wanting some “optimized” version of a global style, consumers now want something with an “authentic” identity deriving from its place of origin.  The stunning and celebrated diversity of Planet Wine is on display now more than ever at ProWein 2018. Regionality has become essential for all but the biggest brands, turning “local” into a moniker of cool and hip. The New Freshness not only encouraged bright, crisp flavors, but also accentuated varietal and regional differences. And winemakers, in response to both consumer and climate pressures, began rediscovering forgotten grape varieties and winemaking techniques.

While today the 13 international heavy hitter grape varieties still constitute one third of all plantings on Planet Wine, led by Cabernet Sauvignon’s stunning 9% share of Planet Wine’s vineyards, interest continues to grow in heirloom and “indigenous” varieties. Examples can be found in every wine growing region across the globe from Italy (Frappato, Teroldego) to Portugal (Boal, Bastardo) to the USA (Petite Sirah) and Argentina (Torrentes). Where they are sticking with those heavy hitters, they are increasingly seeking out regional clones that were selected for compatibility with their growing conditions.

Their reasons vary: some are seeing the new light(ness), others raising the focus on regional differences in order not to be interchangeable with the wines of dozens of other competitor regions scattered around Planet Wine, while many are simply seeking out varieties that are less prone to diseases and better at adjusting to climate change. The common thread: winemakers in growing numbers are planting varieties that had been ripped out in favor of the handful of international clichés.

Look for example to the renaissance of Chenin Blanc: once disdained by winemakers as a high-yielding but lackluster quaffing grape, it is the current darling of wine professionals in the premium wine segment from sparkling to bone dry to honey sweet. The global revival in this grape’s fortunes comes behind the twin dynamos of South Africa and France’s Loire valley. The former draws on the inventiveness of South African winemakers such as Chris Mullineux (Hall 13, stand F 33) and Eben Sadie and Avondale Wines (Hall 9, Stand B 28), who started making sophisticated dry wines from old bush-trained vines. Their Old World counterpoints in the Loire have opened new stylistic possibilities through (retro) innovations like the “natural” wine movement, led by luminaries such as Domaine Chavet (Hall 11, Stand D 99) and Nicolas Joly.

The growing celebration of authenticity and singularity has also opened the door to styles and varieties previously dismissed as too light or unpredictable. For a long time, Beaujolais, for example, barely stood a chance next to the breadth and brashness of many California Cabs. Gamay was also the black sheep of Burgundy, regarded as inherently inferior to the “noble” Pinot Noir.  But what Gamay lacks in power, it exudes in finesse. With strawberry fruits, bright acidity, soft tannins and distinctive terroirs, Beaujolais Cru wines are making a recent comeback. Recent export figures released by Inter Beaujolais report a volume increase of over thirty percent, with exports to the USA alone doubling over the last two years. The region’s wines sport the trifecta of modern Somm success: originality, story and value. And with 10 individual crus, each terroir — as is celebrated, in the rest of Burgundy! — delivers its own unique interpretation of this expressive variety. See for example, the classic cru character of Maison Louis Latour (Hall 11, Stand E 59) or the silky structure of Domaine Pardon et Fils (Hall 11, Stand E 92) single vineyard, old vines Beaujolais. Or taste the entire range at Inter Beaujolais (Hall 11, Stand E 80). From north to south, from granite to clay, the region delivers singular wines of depth, freshness, minerality and ageability.

Part and parcel of making predictable wines was treating the individuality and regionality of wines as an awkward problem to be solved. “Natural” winemaking turns this on its head, favoring a rediscovery of winemaking methods of forefathers (and mothers). The most obvious examples of this relate to the move away from small barrique wooden casks and back towards larger oak vessels with little to no new wood component — a movement that has reached even tradition-rich regions such as Tuscany. “The barrels are meant to support and enhance the characteristics of the wine; its influence should however hardly be perceptible,” says Judith Beck of Weingut Beck in Burgenland, Austria (Hall 17, Stand A 01). Other echoes of this move to “natural” winemaking can be heard in the revitalized regional techniques from Winery Khareba (Hall 15, Stand G 47) in Georgia, created using earthen kvevri vessels, and the organic farming and terrace plantings in Simcic Marjan (Hall 15, Stand D 82) of Brda, Slovenia.

Across Planet Wine, the return to winemaking methods that encourage the distinctive flavor profile of a region’s characteristics is often being led by the younger generation — the ones with far more first-hand international experience than the generations before. Their choice of tradition over trend perhaps stems from a desire to be kind to their terroir, and the minimalist intervention in the cellar that they prefer reveals far more idiosyncrasies in the finished wine. It may also come from that generation’s keenly honed marketing savvy to celebrate (and sell!) these distinctions in products with story. The end effect is joyfully the same: treating their terroir AND their customers well through wines that are anything but interchangeable.