Premiere at ProWein 2014: Wine from Japan 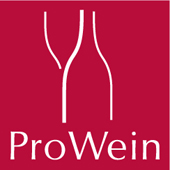 Once a year ProWein offers the world’s largest range of international wines and spirits. Some 4,800 exhibitors from 50 countries are expected in Düsseldorf from 23 to 25 March 2014. Featured for the first time: Koshu wine from Japan.

Since ProWein 2011 Japan has presented itself on a joint stand in Düsseldorf under the heading “Taste of Japan”. Until now it has been traditional sake and the plum liqueur Umeshu that were in focus. At ProWein 2014 white wine from the Koshu grape will join the selection on offer at the stand in Hall 7a. This grape variety has a long tradition in Japan and is generally known as Japan’s “national grape”; it has been used there in wine production since the 19th century. As a new feature at the Japanese joint stand the Japan External Trade Organisation (JETRO) is also planning a varied tasting and seminar programme.

Japan is only one of about 50 nations presenting their products at ProWein. Some 4,800 exhibitors make up the unique variety of international wines and spirits in Düsseldorf thereby making ProWein the leading trade fair in this sector. Already at this early stage ProWein 2014 is fully booked; all international market leaders are also represented here. High-quality spirit specialities round off the comprehensive range on show.

Already now visitors can find out who exactly is exhibiting at the fair by viewing the website at www.prowein.com: the ProWein 2014 exhibitor database is now activated and will be updated daily until the trade fair begins as exhibitors at the national joint stands are only registered by their respective organisations individually. For ProWein visitors the database is indispensable for preparing their individual visits while for exhibitors it constitutes a first-class opportunity to showcase themselves comprehensively to potential new customers well ahead of the fair: those taking advantage of the database will considerably increase their chances of making new business contacts at ProWein in Düsseldorf from 23 to 25 March 2014. The database can be found at www.prowein.com under the heading “Exhibitors & Products”