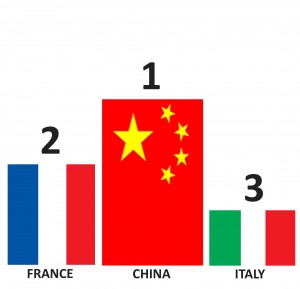 According to the market survey commissioned by Vinexpo, the international wine and spirits exhibition, whose Asian show is to be held from 27 to 29 May this year in Hong Kong, China has become the world’s largest red wine consuming nation ahead of France and Italy.

Which countries are the biggest consumers of red wine? France, Italy and the US, right?

Wrong. Having downed more than 155 million 9-litre cases or 1.865 billion bottles of red wine in 2013, up 136% compared to 2008, China, including Hong Kong, is now the largest red wine market worldwide, followed by France, now in second place with nearly 150 million cases and Italy with 141 million.

Chinese consumers have become increasingly attracted to red wine since 2005. Between 2007 and 2013, the Vinexpo/The Iwsr study reveals that red wine consumption was multiplied by 2.75 in China, while it decreased by 5.8% in Italy and 18% in France.

The symbolic value of red

Apart from its virtues with regard to health, which have been widely lauded as an alternative to the impact of excessive consumption of rice-based spirits, the popularity of red wine is largely due to the symbolic importance of its colour. Red is a very positive hue in Chinese culture, associated with wealth, power and good luck. In business circles, these three values are fundamental. Red wine is therefore an obvious choice for business hospitality, where partners can drink to each others’ health. Red is also the colour of China. 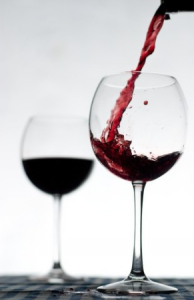 Mainly wines Made in China, but more and more wines are imported

More than 80% of the wines consumed in China are made there, and the nation is currently the 5th largest producer in the world.

However, imported wines are rapidly gaining market share. Between 2007 and 2013, wine imports were multiplied by seven and account for 18.8% of all wine consumed in China today.

To meet this growing demand for imported wines, Asian buyers will obviously benefit from meeting the wide range of exhibitors present at Vinexpo Asia-Pacific in Hong Kong on 27, 28 and 29 May this year, where they will be able to travel round the world of wine and spirits production in just three days!