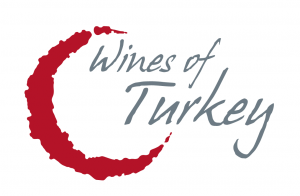 Bringing the Old & New Worlds Together: Markus Del Monego, Caro Maurer and Paolo Basso at the booth of “Wines of Turkey” at ProWein 2014

Hardly any other country in the world of wine has had as many international surprises as Turkey. A true “wine miracle” happened recently in the country where new and old-worlds meet as a result of 11,000 years of history, 800 indigenous grape varieties (of which 30 are being used for the production of wine), various different climates in the growing areas of Tekirdağ, in the far west, to Diyarbakir, in southeastern Anatolia, and huge investments in the vineyards and cellars. The importance the country now holds among experts is demonstrated by the fact that Turkish wines have won over 1.000 medals in international competitions in recent years and also by the presence of prominent sommeliers during the three “Wines of Turkey” master classes to be held on March 23 and 24 at the ProWein 2014: Markus Del Monego , former world champion sommelier and Master of Wine, Caro Maurer, the only German with the coveted title of Master of Wine and the current world champion sommelier Paolo Basso from Switzerland will present their favorite wines at the booth of “Wines of Turkey” in Hall 6 (B 61). Dates: Sunday, March 23 at 2.00 pm (Mark Del Monego) and Monday, March 24, at 11.00 am (Paolo Basso) and at 4.pm (Caro Maurer). There will also be an opening event at the booth of „Wines of Turkey“ on Sunday, March 23 at 6.00 pm with Turkish music, tasty dishes and an introduction to the icon wines of each winery participating.

Although variety names such as Öküzgözü, Kalecik Karasi or Bogazkere can be real tongue twister, one thing is for sure – nowadays some of the most unusual and interesting wines worldwide come from Turkey. This is the reason why Caro Maurer sees “best conditions for the success of Turkish wines in the future – a story, distinctive, authentic wines with a strong character, an optimum climate – and very dedicated cosmopolitan winemakers”. With 500,000 hectares, Turkey possesses the fifth largest vineyard acreage in the world, but only around three percent of the grapes are processed into wine. The biggest proportion by far is used for table grapes, raisins and juice production. The consumption of wine is approximately one litre per capita a year. Only four percent of the 75 million litres of wine are exported, and 96 percent are drunk in the country – half of which by the numerous tourists the country welcomes. However, the interest in wine has been growing for some years for the somewhat western-orientated Turkish people.

Besides the red “stars” such as Öküzgözü (“bull’s eye”), Bogazkere, Kalecik Karasi, and Çalkarasi, the white varieties Emir, Narince, Sultaniye, and Bornova Misketi are also garnering greater and greater attention. Whether as soloists or blended with Syrah, Merlot, Cabernet Sauvignon, Chardonnay and Sauvignon Blanc: The new generation of Turkish wine shines with stand-out character and nuances of taste which make them unique.

The “Wines of Turkey” association was founded in 2008. Its objective: To provide the new Turkish high-quality wines with international recognition and thus boost exports. „Wines of Turkey“ is using a dual strategy in marketing: On the one hand, it wants to increase exports and position Turkish wine abroad as a high quality brand with a unique character – and on the other hand, to promote wine culture in Turkey in order to also improve sales. “We were once the birthplace and heart of viticulture in the world,” says Taner Ögütoglu, director of „Wines of Turkey“, “today we can offer consumers wines that you cannot find anywhere else.” The most important export markets are Germany, Great Britain & USA. In “Almanya” (Turkish for Germany), WOT wants to ensure that in the future more wine is marketed not only in the Turkish shops, but also in normal trade and top gastronomy. ProWein therefore has been a date in the calendar not to be missed since 2010.

Through the events on March 23 – 25 in Dusseldorf the Turkish wine producers hope to climb two more steps to the top on the international recognition scale. A total of eleven wineries are represented: Büyülübag, Diren, Doluca, Kavaklidere, Kocabag, Karya, LA Wines, Mozaik, Pamukkale, Vinkara and Yazgan.

Award Winning Turkish Wines:
Turkish wines have gained a reputation of excellence in the past years, achieving an outstanding entrance-to-medal rate of nearly 78% in the most respected international wine challenges (Decanter, IWC and IWSC).

Between 2011 and 2013 Turkish Wines won more than 1,000 medals (including double gold & regional trophies) in prominent competitions throughout the world, becoming the most successful years for Turkish wines so far. You may obtain 2011, 2012 and 2013 medal lists from the website.

Wines of Turkey:
Wines of Turkey (WOT) is an umbrella organization which represents the Turkish wine sector and is the result of a strategic partnership between Turkey’s leading wineries. Its aim is to develop the wine market and culture of Turkey and to increase exports by making Wines of Turkey a generic brand associated with quality wine.

There are seven associations under IEA’s roof, operating in seven different sectors. One of these associations is Istanbul Fresh Fruits and Vegetables Exporters’ Association.

The activities of Istanbul Exporters’ Associations are: to implement the regulations of export procedure and other duties designed by Ministry of Economic Affairs and to assist and drive exporters to reach new markets.