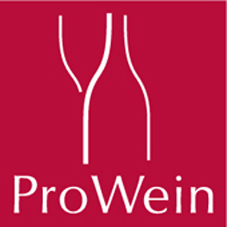 ProWein visitors can look forward to interesting new discoveries: from 23 to 25 March 25 Champagne producers will be featured on their own joint platform in Düsseldorf. And many of them will be celebrating their premiere at this the leading fair for the global wine and spirits sector – just as will top notch international spirits suppliers. At ProWein 2014 a total of over 4,700 exhibitors from 50 countries will be presenting the wide portfolio. All relevant wine producing nations and regions will be represented.

Extending over some 300 square metres the “Champagne Lounge” in Hall 7.1 at ProWein 2014 offers space for twice as many exhibitors as last year. Here some 25 tradition-rich Champagne houses, also including Champagne Taittinger, will be showcasing the modern variety offered by this effervescent classic. This means the “Champagne Lounge” concentrates about half the exhibitors from the Champagne region in one area. The stands of individual exhibitors are supplemented by two tasting areas boasting stylish lounge design. At the “Champagne Lounge” a total of over 60 high-quality Champagnes will be available for tasting. Further Champagne suppliers are located in trade fair halls 3 to 6. High class sparkling wines of other provenances await visitors in all halls – divided according to country and region.

Spirits from Germany, Europe and the New World

The central meeting point for top notch speciality spirits at Prowein is Hall 7a – which this year hosts some exciting newcomers. For instance, attending for the first time are two tradition-rich distilleries from the USA: Heaven Hill Distilleries Inc., by company accounts America’s largest family-run spirits producer, will be showcasing their wide whiskey portfolio including “Elijah Craig 20-Year-Old Single Barrel Bourbon” – which producers say is the world’s oldest available Single Barrel Bourbon. McCormick Distilling, which describes itself as America’s oldest continuously active distillery, has chosen ProWein 2014 as the event to launch their “Triple Crown Whiskey” and “Hooks Rum” on the European market. The exhibition halls at ProWein are host to 400 spirits exhibitors from Germany, Europe and the New World. The range spans fine liqueurs and traditional brandies through to international classics.

Useful Tools for Preparing a Visit

The large number of interesting spirits and sparkling wine suppliers is exceeded only by the number of international wine producers at ProWein: nowhere else can visitors gain such a comprehensive overview of the world’s different wines. Once again, Italy boasts the largest country participation followed by France and Germany. Overall, a total of some 50 countries will be represented with all relevant wine producing nations and regions attending. Targeted preparation of your visit is therefore indispensable. At www.prowein.com Messe Düsseldorf – with its Online Ticket Shop, Exhibitor Database including the MyOrganizer function and Event Database – offers a number of useful tools for efficient preparation. The free ProWein App (available in German and English at the Apple AppStore and GooglePlay) also offers all key information on the trade fair.