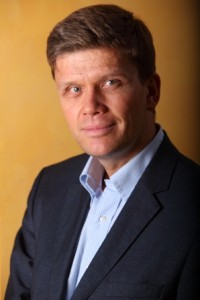 During the General Assembly meeting on the 11th of April 2014, Frederic Drouhin was elected as president of this institution by the members of the Union of Maisons de vins de Bourgogne.

He succeeds Louis-Fabrice Latour who, after having presided over the syndicate for more than ten years, has now joined the Bureau Interprofessional des Vins de Bourgogne as elected president.

All the members warmly thanked and praised Louis-Fabrice Latour for the numerous actions that he had undertaken in favour of the Burgundy negociants.

During his speech, Frederic Drouhin, insisted on the driving role of the Burgundy negociants in the vineyard. “During these times where our region is suffering from a crisis in production, following a succession of small harvests, negociants and vineyard owners need to work together to find permanent solutions to enable us to bring the vineyards out of the current situation of wine shortages. I am delighted to continue the work undertaken by Louis Fabrice, the syndicate members, and the negociant houses on the key issues that await us”.

Frederic Drouhin has unveiled the leading issues of his presidential programme:

• Greater cooperation between wine producers and elected representatives on the subject of production and particularly the economic management of the appellations at interprofessional level.

• The protection of the pyramid of Burgundy appellations in its current form.

• Forging stronger links with national and European members of Parliament concerning the dossiers of “Wine and society” and “taxation”, which are due to be debated at the National Assembly.

• The increased representation of the UMVB, thanks to the integration of Burgundy negociants, who are naturally engaged in the activities of vinification and aging.

A graduate of the University of Hartford, Connecticut, Frederic Drouhin is Chief Executive Officer of the Maison Joseph Drouhin since 2003 and also vice-president of the INAO (‘Institut National des Appellations d’Origine’; the French wine governing institute). He sits, in this capacity, on the national committee and on the permanent commission of the INAO. He is also a member of the permanent committee of the ‘Bureau Interprofessional des Vins de Bourgogne’; the Interprofessional Burgundy wines bureau.