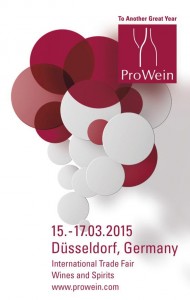 With immediate effect registration documents for exhibitors at ProWein 2015 – from 15 to 17 March 2015 in Düsseldorf – will be available at www.prowein.com (in the “Exhibitor Service” area). The deadline for registrations is 31/07/2014.

As already announced by Messe Düsseldorf in Summer 2013, from 2015 ProWein will no longer be held in the previous Halls 1 to 7.1 but now in Halls 9 to 17. The reason for this move is demand from exhibitors which has been rising for years now. This demand is fuelled not only by long-standing exhibitors requiring more space but also wine and spirits producers not previously exhibiting in Düsseldorf who have now joined the waiting list. In Halls 9 to 17 there is more overall exhibition space available to meet this demand from the sector better in the long run. At the same time, the shift also brings reliable planning: already now Halls 9 to 17 have been reserved for ProWein over the next few years so as to exclude a date in the week leading up to Easter.

The New Hall Concept in Detail

In future there will be three entrances to access the trade fair. The halls will form a circuit and thereby saving visitors unnecessary detours. Starting in the north the new hall tour at ProWein 2015 looks like this: from Entrance North you first reach Hall 9 where producers from the New World and Greece are presented. In future, Hall 10 will host suppliers from Spain and Portugal while the large French participation will be found in Halls 11 and 12. Hall 12 will also provide space for ProWein’s concentrated spirits segment. Producers from Germany will find a new home in Halls 13 and 14 while Italian and other European suppliers will be located in Halls 15 and 16. Located between Halls 14 and 15 is the new Entrance East. The third entrance (South, by the Messe administration building) leads straight into Hall 17 where Austrian winemakers are presented. This is also where the central Tasting Zone can be found. Halls 9 and 17 are also linked by a covered walking pavement thus completing the circuit.

Suppliers of organic wine will in future feature in all exhibition halls as part of national segmentations. In line with the wishes of most organic wine exhibitors there will no longer be a dedicated area just for organic wine.