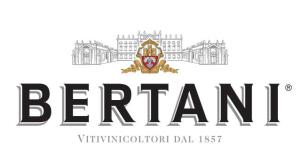 The historic winery in the Valpolicella region has chosen not to produce Amarone Classico, the wine that has symbolized it since 1958 and obtained through the original and traditional “natural drying” of the grapes. The weather of this season made it impossible to attain the quality standard that the winery has set for itself for over half a century.

Bertani, the historic winery from Valpolicella and beacon in the Italian enological scene, will not produce Amarone Classico 2014. A precise choice with a resounding economic impact, supported by a firm convincement that for Bertani is much more than just a philosophy: an exhaustive quest for quality through natural partial drying, can’t be done in a constantly rainy year like the 2014 «We believe that who make Amarone with a natural partial drying should inevitably skip this year to be consistent with one’s own style and identity and to follow the purest tradition. We made this choice for Bertani Amarone Classico,» explains Emilio Pedron, CEO of Bertani Domains Group. «It was an important decision, costly, but consistent with our style and our identity, and above all, highly respectful of our consumers and customers.»

Since 1958, its first year of production, dutifully of its tradition, Bertani Amarone Classico is made through high-level handicraft, with a specific technical expertise and the use of a unique, high-quality fruit: perfect, intact grapes laid to rest exclusively on bamboo cane racks (rush mats), in naturally aired rooms on the hills of  Valpolicella Classica . Thus partial drying is entirely natural, a distinctive aspect that confers to the Bertani Amarone Classico a unique style and an exclusive longevity. In this natural process the quality of the grapes becomes crucial, even more than the method (partial drying) that this wine is obtained from. At Bertani it’s no coincidence that rather than saying “natural drying” we say “laying the grapes to rest”. This year’s climate trend—temperatures that stayed below average, less hours of sunlight and anomalous precipitation levels—kept the grapes from reaching a quality sufficient to guarantee the result required by the company standards.

That’s why Bertani decided to be the first winery in Valpolicella to announce its choice to not produce Amarone Classico, vintage 2014, as already done for other peculiar years, as 2002 and 1982.

«We must recall that Bertani Amarone Classico is a “rare” example where the bottle, label, method of production and wine style have stayed the same since the first year of production,» adds Mr Pedron, who underscores that the firm belief to not proceed with a “forced” partial drying (although allowed by the Production Regulations) influence this strategy as well. «In fact, you can make Amarone in technological drying rooms with partial drying with a result that is independent from the weather variable; in this case, even the trend post-harvest climate has no qualitative influence to the final product, since partial drying takes place in rooms with monitored standardized parameters, like humidity and ventilation. Bertani has always produced its Amarone Classico exclusively by natural partial drying, and if we had made different choices we couldn’t have reached that quality and the style that for over half a century has been our element of recognition and distinction around the world.»

Therefore there will be no Amarone Classico 2014 with the label “Bertani”, a company that wishes to protect the image of a name that has always been a symbol of reliability and consistency.