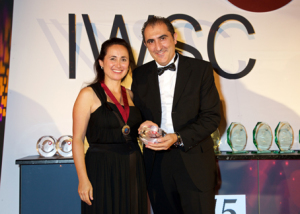 Bodegas Ramón Bilbao´s international recognition continues, having achieved the title of “Best Spanish Producer of the Year” and becoming one of the stars of the IWSC annual awards banquet ceremony.

Last October Ramón Bilbao Gran Reserva 2006 was crowned as the “Best Rioja Wine” at this competition, and the Bodega was announced as one of the finalists for the category of “Best Spanish Producer of the year”, competing with Hijos Antonio Barcelo, Codorníu Raventós, Nubori and Bodegas de Familia Burgo Viejo.

At the awards Rodolfo Bastida, Ramón Bilbao Managing Director, was called to the stage twice to collect both awards – Best Rioja and Best Spanish Producer – and in doing so became one of the stars of the evening.

A large international crowd gathered at the Guildhall in London for the IWSC annual awards banquet which was also celebrating its 45th year as the world´s premier wine and spirits competition where only the top producers of the industry participate.

This achievement is just recognition for the team’s hard work and investment at Ramon Bilbao, its history and the full dedication of our partners.

Rodolfo Bastida wants to thank all who believe in the brand and looks forward to celebrating future successes together.

Now it´s time to celebrate and spread the good news. 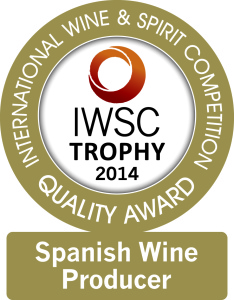 The International Wine and Spirit Competition (IWSC), now in its 45th year, is the premier competition of its kind in the world.

The unique combination of detailed technical analysis and specialist judging panels means that gaining an IWSC ‘Competition Award’ is an exceptional achievement. IWSC proclaim wines with the highest mark in their respective category as “Outstanding” those wines are re-tasted for national trophies.