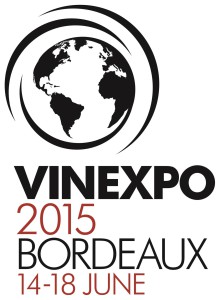 An important strategic alliance has been forged between Vinexpo, which hosts the world’s preeminent wine and spirits exhibitions, and Wine Spectator magazine, the premier media brand for the wine industry. The partnership will be launched at Vinexpo 2015 in Bordeaux, June 14–18.  While Vinexpo and Wine Spectator have long collaborated, this new, formal engagement will give the publication a more prominent role in Bordeaux at a time when the event will celebrate the U.S. as its first-ever Country of Honor. Wine Spectator will also bring its expertise to Vinexpo Asia-Pacific in Hong Kong and Vinexpo Nippon in Tokyo in 2016.

Vinexpo Bordeaux, themed “Taste the Unexpected,” is set to draw nearly 50,000 professional visitors and 2,400 exhibitors from 44 wine-producing countries. Wine Spectator will capitalize on the exhibition’s spotlight on the U.S. by hosting two special programs:

“Vinexpo produces the world’s most important gatherings for wine and spirits professionals –events which provide opportunities to share ideas with both well-established and up-and-coming vintners. Wine Spectator has attended Vinexpo since the inaugural event in 1981. It’s where we need to be as reporters and as thought leaders for the industry,” said Marvin R. Shanken, editor and publisher of Wine Spectator.  “We anticipate a long and fruitful partnership with Vinexpo and look forward to unveiling the details of our program in the next several months.”

Guillaume Deglise, CEO of Vinexpo remarked, “Wine Spectator brings a level of insight and cachet to our global initiatives that cannot be matched, and they have been a great supporter to Vinexpo since its inception. The programs planned in Bordeaux build upon our strong relationship and underscore Vinexpo’s commitment to designing unrivaled experiences that draw the greatest producers and influencers from the world of wines and spirits.”

Deglise’s comments were echoed by Xavier de Eizaguirre, Chairman of Vinexpo, who added, “Ours is a global business, and this partnership leverages Wine Spectator’s storied brand across all of Vinexpo’s events.  We’re especially happy to see Wine Spectator join us in Asia as well as Bordeaux.  We look forward to innovating programs with the publication in Hong Kong and Tokyo in 2016.”

Founded in 1981, Vinexpo has evolved into the world’s leading show for wine and spirits professionals and a partner for the wine and spirits industry worldwide. Vinexpo is held in Bordeaux in odd-numbered years; since 2006, Vinexpo Asia-Pacific has taken place in Hong Kong in even-numbered years and has become the key exhibition of the industry in Asia. Before each exhibition, Vinexpo commissions studies on industry-specific issues and presents the findings in conferences around the world. Since 1999, it has produced a world market study with a five-year outlook, as well as a variety of trend reports.  For more information, visit www.vinexpo.com.