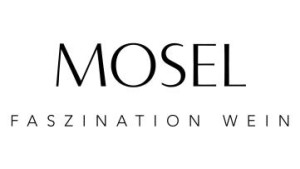 ProWein: 48 producers will be at the joint stand

DÜSSELDORF. The Mosel wine region reinforces its presence at the ProWein trade fair: 48 wine estates and sparkling-wine manufacturers are participating in the joint stand of the Moselwein e.V. at the most important wine exhibition in the world, which will be held from March 15 to 17 in Düsseldorf.

That is a record for the presence of Moselwein e.V., which has received a lot of positive feedback in the past few years. With the introduction of a new design for the stand, which includes large-format photos of winegrowers, the Moselwein e.V. has made some waves. We want to build on this success, CEO Ansgar Schmitz says. The concept for the stand corresponds largely to the previous year. With a highly visible ceiling suspension and new photos, it will stand out again.

The Mosel stand, with more than 400 square meters, is located in Hall 13 (Stand Number C59). Under the umbrella of the regional wine advertising, the Bernkasteler Ring, Klitzekleiner Ring, and MoselJünger, which has three new members, are grouped around the central Mosel stand. Thus, the Mosel stand is an interesting focal point for visitors from all over the world: from the top producers to the still unknown young winegrowers, who are there for the first time. For buyers who are looking for new discoveries, it is well worth a visit.

The design with large photos of the Mosel wine landscape reflects the topics on the stand, too. It focuses on Riesling from the steep slate slopes. The majority of the estates are producers of mineral, elegant Rieslings from the Middle and Lower (Terraced) Mosel, as well as the Saar and Ruwer. But also producers from the less well-known southern part of the Mosel are presenting their fine white wines from shell-bearing limestone soils. Specialties such as Elbling and Auxerrois can be found here, as well as Pinot Blanc (Weisser Burgunder) and Pinot Gris (Grauer Burgunder). Growers’ sparkling wine and Crémant are part of the range of most Mosel exhibitors as well.

Moselwein e.V. will do a tasting on the topic of Mosel red wines for the first time. In recent years, red wines from the region have gotten more and more attention and have created headlines at national and international competitions.

Other topics at the tasting area of the Mosel stand are young wines from the 2014 vintage and Grosse Gewächse from the Bernkasteler Ring. International themes include “Terroir Moselle” with Mosel wines from France, Luxembourg, and Germany, along with a Mountain Wine Tasting with wines of the Klitzekleine Ring and from Valtellina (Veltin). Under the slogan “Taste the Myth” is on March 15, 4:30pm, a foretaste of the large wine weekend “Mythos Mosel” from May 29 to 31.

As a partner of the Sommelier-Union, the Mosel is also represented at the ProWein cult party “Chillout Weissrot” on March 16, with a large selection of wines. The “MoselJünger & Friends” have on the evening of March 15 a “Mosel Big Bottle Party” in the Thai Restaurant called Ginger Boy (tickets only available in advance).

All information and tasting events for the Mosel stand are on a website for smartphones, which is also available via a QR Code: www.weinland-mosel.de/prowein2015

Producers at the Mosel joint stand: