“Wine of Moldova” On The Way Up 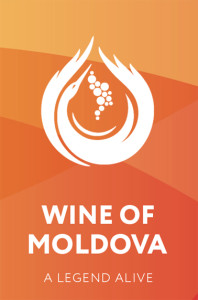 The new claim of winemakers from Moldova “A Legend Alive” actually goes back to a stork. In the 15th century, during the siege of the fortress Soroca by a huge Tartan army, a number of storks are said to have supplied the trapped ones “by air” with fresh grapes, so that they gained renewed strength and in the end were victorious. Consequently the stork and grapes are also found in the logo of the 2014 created brand “Wine of Moldova”. However, the recent development in the small but very traditional viticulture nation between Romania and Ukraine is usually associated more with “the phoenix rising from the ashes”: despite two Russian embargos and thanks to an enormous increase in quality the new generation of Moldovan wines has made a good name for itself all over the world. At the ProWein 2015 from March 15 -17 in Dusseldorf a record number of 23 Moldovan producers are attending.

The Republic of Moldova, as the former Soviet republic is officially called today, with it’s 33,843 square kilometers is roughly the size of North Rhine-Westphalia, but offers 112, 000 hectares of vineyards which is more than the entire winegrowing area of Germany. After the political changes in the early 90s, production and sales decreased dramatically over the years. However, since 2008 exports have grown by an average of 10.4 percent per year while the proportion of exports to the successor states of the former Soviet Union has declined steadily from 85.5 to only 63.5 percent (2014). Just like the politics the Moldovan wine industry is directing its views towards the West.

Last but not least, thanks to 75 million euros in funding from the European Union, as well as generous support in recent years from the American development aid organization USAID there has been heavy investment in vineyards and winemaking technology. Then, at the end of 2013 the new National Office of Vine and Wine (NOVV) was founded through equal funding by the state and by the private wine industry. Since the year 2013, a quality system of protected geographical origins has been created, based on the EU standards, for the four growing areas Valui lui Traian, Stefan Voda, Codru and Balti. Moldovan wine today can be found in about 40 countries around the world. At international competitions – such as Decanter, Concours Mondial de Bruxelles, Mundus Vini, or Asian Wine Trophy – more and more medals go to the small country with its 5,000 year old wine culture.

With the big show at ProWein 2015, the Southern East Europeans want to profile themselves “even more as producer of quality wines for each marketing rail” and make it clear that “we are reliable long-term business partner”, says the Director of “Wine of Moldova”, Dumitru Munteanu.

In five master classes during the ProWein, visitors have the opportunity to get to know the vintages from one of the most obscure corners of Europe under the professional guidance of the US-American Christy Canterbury MW. The wine journalist from New York will present, at stand G81 in Hall 15, legendary wines of Moldova such as the Negru de Purcari, wines from indigenous grape varieties Feteasca or Rara neagra, and give an overview of the four protected geographical indications. Dates: March 15th at 1.00 pm and at 3.30 pm, March 16th at 11.30 am and at 1.00 pm, and March 17th at 11.30 am. Registrations by e-mail to valentina.phillips@xenos-comm.de.