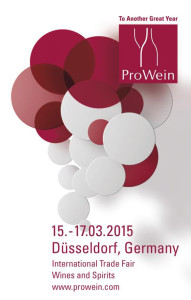 It’s a widely accepted fact in the global wine trade that the retail channels through which wine gets sold to consumers are in an unprecedented state of flux. A more urbanised and wired global wine drinking population are changing their shopping habits, and these demands are reshaping the way retailers operate and merchandise in the wine category and more generally. The core question is how these changes are manifesting in terms of observable trends in key markets. Which channels are winning and losing? Which retailers are doing better than others? And perhaps the most important question of all: are there discernible patterns in the channel trends across different markets which would allow us to draw more broad conclusions about the way wine is sold globally?

The organisers of ProWein, the leading fair for the international wine and spirits sector, commissioned Wine Intelligence to address these questions. The scope of the report encompassed 8 markets which, between them, represent a substantial and meaningful cross-section of the world wine market. Using existing published data, plus Wine Intelligence’s own databases, this report publishes for the first time estimates of growth trends in retail channels. Data from the United States, the world’s largest market for wine, and from Germany and the UK, respectively #1 and #2 in terms of imported wine volumes, were analysed. Add to this Japan and Australia, both of which have been showing healthy wine volume growth of late; and finally three markets where wine has traditionally sold in huge volumes, but are in long-term decline: France, Spain and Italy.

Between them, these 8 markets account for over 12 billion litres of wine consumed in 2013 (source: IWSR), or around 50% of the approximately 24 billion litres of wine consumed globally (source: OIV). It follows therefore that any changes in these markets, either suddenly or over time, will feed back into the global supply chain and eventually affect both producers and consumers.

8 markets: some themes, many differences

Those looking for a single, unifying theory of wine retail trends may be initially disappointed by the content of this report. Each of the countries under scrutiny appears to be its own ecosystem, with different regulatory and business climates. Popular business notions of globalisation and “convergence” of business models don’t quite square with the reality of wine retail environments which are subject to different legal structures and different consumer expectations. While in most cases changes are taking place, some of far-reaching proportions, the pace of change is generally quite slow. This should not come as a surprise: consumers are creatures of habit, and tend not to go in for radical shifts in where they buy their groceries and beverages. Equally, the “installed base” of incumbent retailers have a natural advantage over any new channel or retailer type: they occupy the best sites, have the greatest legacy brand awareness, and benefit most from consumer inertia. In this climate, traditional business models can persist, while new ones can struggle to gain traction in the short term.

Having thus recalibrated expectations, there are some interesting multi-country trends that have been uncovered by this report. Perhaps the most noticeable in several of the key markets is the consumer trend towards buying groceries more often, in less quantity, and including wine in this behaviour. Broadly speaking (because channel definitions at a country level tend to have subtle differences) this has meant the “convenience” channel has been growing in importance for wine in countries like the UK, United States, France and Spain.

The drivers of this trend are reasonably well known, and arise chiefly from the increasing urbanisation of population, falling car ownership and car usage levels in some markets (itself driven by rising oil prices and motoring taxes). This urbanisation-austerity model is especially true in Spain. In some markets, the beneficiaries of this trend are the same retailers who already dominate other channels. This is especially true in the UK and France, where “local” versions of the main supermarket brands have migrated back into towns and cities over the past 10 years, having spent the last decades of the 20th Century persuading consumers that grocery shopping was best done at large out of town stores with car parking. In other markets, such as the USA, recent liberalisation of Prohibition era laws to allow drugstores (in effect, a convenience store which also contains a pharmacy) and grocery stores to sell beer and wine have boosted the “convenience” channel.

Another multi-country trend worth noting is the growth of direct-to-home, or online-based shopping models. These also come in several guises, from the UK’s advanced online grocery shopping networks, to the growing “click and collect” systems in France, and the specialist direct-to-home retailers (including wineries) in the USA. In these countries and, to a certain extent, in countries such as Australia and Spain, the new communications technology has spurred a change in consumer channel usage to the more remote, but information rich, zone of the online shop.

A long-standing trend in global retail – consolidation – remains a force in some markets. The displacement and /or acquisition of owner operator and small chain wine retailers by national, or trans-national chains, often supermarkets, remains influential in markets such as Germany and Italy. In Germany powerful hard discount chains have been the main driver, however recently the trend has developed a new aspect, which is the drive by mainstream supermarkets to occupy more premium market space, and put specialist wine shops under pressure.

Conclusions: polarisation of needs between convenience and information-rich channels

What, then, are the implications of these multi-country trends for producers and brand owners? The first, more general point, is for them to recognise that retailers are having to balance two arguably divergent changes in their consumers’ behaviour. On the one hand, the growth of convenience purchasing could mean that this channel needs a smaller range of wines in general, with a greater proportion being strong, visible and reliable wine brands, which lend themselves easily to a quick, low-involvement purchase decision. On the other hand, the growth of online and remote shopping suggests a corresponding need for a broader and more information-rich range in this channel – less brand, perhaps, and more about the provenance and story.

In terms of specifics, the trends suggest that wine businesses need to adopt differing product and service strategies to these growing channels, while recognising that in some markets, the same customers that have dominated the routes to market of 10-20 years ago are also controlling the newer channels. In other markets, such as the USA, there are new channels and new supply chain customers (chiefly the convenience store chains) which are looking to grow their  share of market at the expense of liquor stores and traditional supermarkets.