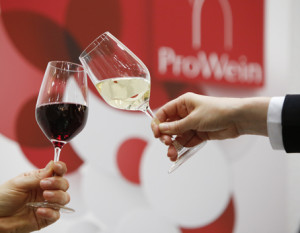 To rectify the traffic situation at ProWein and to ensure the constantly rising number of visitors continue to enjoy easy arrival and departure at the event, Messe Düsseldorf has decided to shift ProWein opening times. This means on its traditional running days from Sunday to Tuesday the leading fair for wines and spirits will open each day from 10.00 am and run accordingly through to 7.00 pm. “All our major trade fairs with large volumes of visitors generally run in this way to avoid clashing with morning and evening rush hour traffic. As ProWein now also boasts these very high visitor numbers we decided to shift opening times,” said Michael Degen, Divisional Manager at Messe Düsseldorf and Director in charge of ProWein.

The new opening times are aimed at relaxing the situation on roads and public transport around the grounds of the exhibition centre. This gives both visitors and exhibitors alike more time to concentrate on the business of the fair itself and utilise the three days effectively.

The next ProWein will be held in Düsseldorf from 13 to 15 March 2016.  ProWein 2015 attracted over 52,000 trade visitors from 120 countries to Düsseldorf to exchange ideas and see the wine and spirits range of over 5,981 exhibitors from 50 countries.