The Jurade of Saint-Emilion Celebrates the Harvest!

The harvest is quickly approaching, and as every year the Jurade of Saint-Emilion proposes a series of festivities! 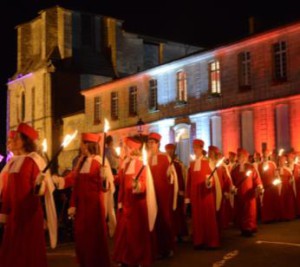 Saturday the 19th of September
Torch-led parade for the Heritage Day Festival
Keeping with tradition, the Jurats of Saint Emilion will parade in the streets of Saint-Emilion from 10PM on, accompanied by a group of musicians
Sunday the 20th of September
The Jurade of Saint-Emilion’s highly colourful programme for the Ban des Vendanges (Harvesting Permission) !
After celebrating mass at the Collegial Church, the Jurats will gather in the moats of the Palais Cardinal to greet a new member amongst them, and induct 37 personalities with various horizons, professionals from the wine trade, cinema, the press or great wine aficionados.
The Saint-Emilion Jurade will then converge upon the gardens of the Salle des Dominicains to taste, in the presence of over 500 guests, a lunch honouring the wines of the Saint-Emilion, Saint-Emilion Grand Cru, Puisseguin Saint-Emilion and Lussac Saint-Emilion. This represents a great moment of conviviality and sharing to celebrate the 131st anniversary of the Saint-Emilion Wine Council.!
The proclamation of the Ban des Vendanges will be effectuated by the Jurats at 5pm from the top of the King’s Tower, who will throw into the air grape bunches to symbolize the beginning of the harvest. 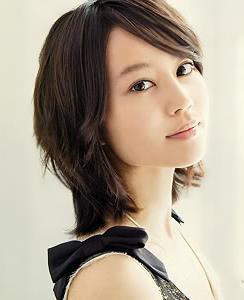 Maki HORIKITA, actress
Guest of Honour for the Ban des Vendanges of the Jurade of Saint-Emilion
Born in Tokyo, Maki Horikita is one of Japan’s most famous actresses. At 26 years old, she has already received over 20 awards and has appeared in over 50 television series.
(« Umechan Sensei », « Miss Pilot »,…) and 30 films (including a film where she discovers France by bicycle, shown on France-3 television). She has notably interpreted a theater role of Joan of Arc, for which she received wide acclaim.
Programme of the Ban des Vendanges 2015 :
9:00 AM      Greeting of guests – Town hall gardens – rue Guadet
9:40 AM      Procession of the Jurade and their guests ending at the Collegial Church
10:00 AM      Solemn Mass – Collegial Church
11:30  AM      Induction of the new dignitaries – Moats of the Palais Cardinal
01:00 PM      Aperitif – Moats of the Manoir
Lunch– Gardens and Salle des Dominicains
05:00 PM      Proclamation of the Ban des Vendanges – King’s Tower