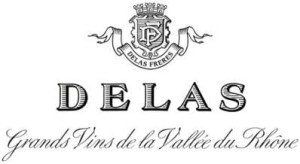 2015 was a very early vintage. Nevertheless, night time temperatures were low over the weeks leading up to the harvest and the end of the ripening period was quite slow.
In any case, the alcohol levels (sugar levels) were outstanding and our Syrahs were harvested at between 12.5 and 13.5 degrees in potential alcohol. Acidity was maintained at a good level despite malic acid levels being low due to the high summer temperatures.
Monsieur Bruyère (son-in-law of the late Michel Delas) began the harvests with the Condrieu whites between the 3rd and the 6th of September and Delas with the Marsanne parcels in Hermitage on the 7th and 8th of September.
The first reds arrived in the vat-house on the 7th of September for the earliest parcels in Cornas and Crozes-Hermitage from the Domaine des Grands Chemins. La Landonne and the first Hermitages were picked on the 9th of September with natural ripeness levels of 13.5 degrees.
The quality of the polyphenols was outstanding with maximum concentration and remarkable finesse.
In terms of quantity, the vintage is looking very promising, with the exception of the Condrieu where, in certain parcels, over 160 kg of grapes were required in the press in order to obtain 1 hectolitre of juice.
The yields per hectare varied between 38 and 42 hl/ha for the whites, with the Hermitage whites even exceeding 45 hl/ha. The hillside Syrahs suffered from the lack of rain resulting in average yields of 35 to 40 hl/ha.
The 2015 vintage reminds us of great years such as 1989, 1990 and more recently the 2009 vintage, but with more elegance.
Thanks to the dry soils, the vineyards were not affected by the heavy rainfall on the weekend of the 12th of September. The grapes from the low-lying vineyards were more fragile and had already been picked before the rainy spell.
The last grapes from the Bessard hillsides were harvested on the 22nd of September. These were the last grapes to be vatted in this legendary vintage.
Jacques Grange, Technical Director, explains that the vatting process will be carried out according to a schema that aims to achieve gentle and controlled extraction in order to preserve the delicate, velvety structure of the tannins from this exceptional vintage.
To conclude, CEO Fabrice Rosset has very high expectations for the 2015 vintage which is already looking to be outstanding.