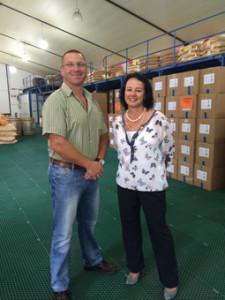 Coinciding with the Michelangelo’s 20th birthday this year, a new Chenin Blanc trophy has been announced. The trophy is sponsored by Cape Town based company, Juvenal Cork

In recognition of the quality revolution taking place – as evidenced in the growing number of premium Chenins currently on the market – Juvenal Cork and the Michelangelo International Wine & Spirits Awards have established a platform for producers of this important varietal to have their wines judged by a high profile panel of international judges and compete for the highest honours. “Proof of the growing importance of Chenin Blanc was the 25% increase in entries in this class for the 2015 Michelangelo,” says Michelangelo MD, Lorraine Immelman. “This resulted in a total of 126 Chenin Blanc entries last year”.

“It has always been a priority for Juvenal Cork to be visible in – and supportive of – the wine industry”, says Juvenal Cork managing director, Johan Conradie. “and for this reason we feel privileged to be involved in a respected and well established organisation like the Michelangelo International Wine & Spirits Awards.”

Juvenal Cork was established in South Africa in 2001 as a young cork supplying company and has since grown to include Berthomieu Wine Barrels and Ohlinger Screw Caps in its product range.

In 2015 Juvenal Cork also announced that they had joined international wine packaging group Vinventions. “This step has also taken Juvenal Cork to a new and exciting level in the wine industry,” says  Johan.

Open for entries and deliveries of samples: 1 July 2016