A PORT FOR THE AGES

Quinta do Vallado was first mentioned in official records in the year 1716, which brings the estate now to its 300th anniversary. Such a historic jubilee merits a wine with an equally impressive pedigree:
on 14 November 2016, the two cousins João Ferreira Álvares Ribeiro and Francisco Ferreira, who together own and operate Quinta do Vallado, presented a Port that has been maturing in cask since 1888 – Vallado ABF Very Old Port, in homage to António Bernardo Ferreira, who acquired the estate in 1818.

The grapes for this Port were grown on ungrafted vines, planted before the appearance of phylloxera. The wine has been maturing in 650-litre wooden casks for more than 120 years. 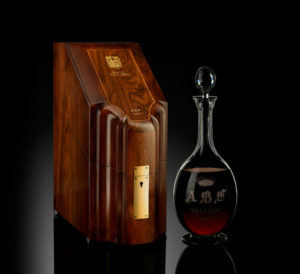 A limited edition
Vallado ABF Very Old Port is packaged in a Walnut Presentation Case, designed exclusively for this occasion. The case contains a hand-blown crystal decanter created by the famous Portuguese porcelain and crystal manufacturer Vista Alegre Atlantis. A chronicle of Quinta do Vallado’s 300-year journey is included, a commemorative book in which the history of the estate, its pioneers, and all historically relevant events are meticulously documented. As part of a limited edition, 933 numbered bottles were produced, 300 of which were released in 2016 to celebrate Quinta do Vallado’s 300th anniversary.

João Ferreira Álvares Ribeiro comments: ‘It fills us with great pride – as well as a sense of humility – being able to bottle this Port. Many courageous and diligent individuals have paved the way for the success that we are now able to harvest. We are well aware that this sense of diligence, this curiosity and courage must be conscientiously maintained, in order to equip the estate to meet the challenges of the next 300 years, and to preserve this valuable foundation for the following generations.’ 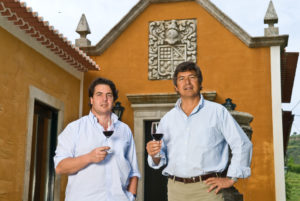 Justin Leone, Chef Sommelier – Restaurant Tantris (2 Michelin stars) in Munich:
‘What shall a mere mortal, having spent such a brief tenure on this planet, possibly have to remark about a monument such as this?’

João Pires MS, Director of Wines at Melco Crown Entertainment in Macau:
‘It took a very long time to achieve this level of perfection.’

A major event in Macau:
For its initial grand appearance, Vallado ABF Very Old Port was chosen to be served at a legendary event in Macau: a joint-venture dinner presented by Michelin and Robert Parker’s Wine Advocate, considered by many as the ‘event of the year’ in wine and fine dinning. 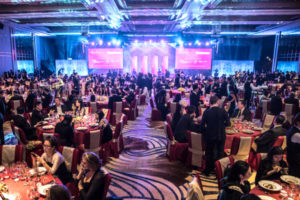 You can see the entire menu and list of wines here. 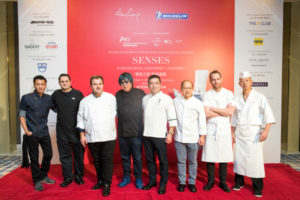