1997–2017: Château Malartic-Lagravière, a family story of passion and determination 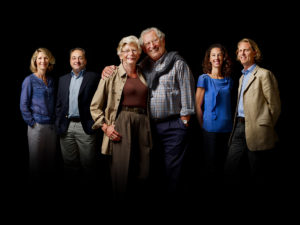 Driven by a taste for adventure and a passion for winegrowing, the Bonnie family has worked tirelessly for twenty years to produce wines that embody the energy and intensity of their efforts. 2017 will be a remarkable year for Château Malartic-Lagravière, when the results of this personal dedication to an exceptional terroir will be showcased.

20 years of passion
2017 marks the 20th anniversary of the Bonnie family’s ownership of the estate. Since the spectacular transformation carried out by Alfred and Michèle Bonnie when they acquired the estate in February 1997, Château Malartic-Lagravière has flourished under the management of their daughter Véronique and son Jean-Jacques, along with their respective spouses, Bruno and Séverine.
The family works alongside their employees, applying the highest level of expertise at every stage of the production process. This intense involvement has become their ethos, their philosophy. This approach was established very early on, with the use of the best possible techniques in both the vineyard and the winery to do justice to the gravel terroir’s exceptional quality.
The extensive, meticulous work of the past two decades, vintage after vintage, is now bearing fruit. Recognised by leading experts all over the world, Château Malartic-Lagravière wines have never been more deserving of their position as one of Bordeaux’s top wines.

A prestigious event showcasing the achievement of two decades
On the evening of Wednesday 21 June 2017, bringing Vinexpo Bordeaux to a close, Alfred and Michèle Bonnie and their family will host 1,500 international guests at the 65th Fête de la Fleur dinner, organised in association with the Commanderie du Bontemps.
Selected from among the great Medoc, Graves, Sauternes and Barsac estates to host this spectacular gala evening (one of the most prestigious French wine industry events) in 2017, Château Malartic-Lagravière also celebrates the 20th anniversary of its acquisition by the Bonnie family. Renovated in 1997, the estate has exceptional production facilities and a vineyard governed by an extremely rigorous environmental charter. As a result, Château Malartic-Lagravière has gained international renown.

An exceptional vintage resulting from 20 years’ work
The extreme weather conditions in 2016 (a particularly wet winter and spring, one of the driest ever summers followed by an Indian summer) meant a long, slow ripening period, refining the tannins and developing more complexity in the flavours and aromas. Dry gravel soil, full ploughing and sustainable methods over a period of twenty years have been crucial in allowing the vines’ deep roots to find the water reserves they need to withstand stress. This exceptional vintage has been further enhanced by the Malartic team’s finely honed expertise and high-performance production facility. The 2016 Malartic-Lagravière, which will be unveiled at a primeur tasting in early April 2017, is absolutely superb. 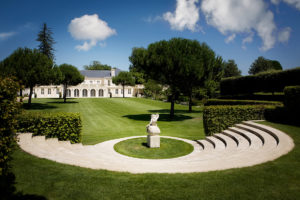 About the Malartic Vineyards:
Passionate wine lovers Alfred and Michèle Bonnie purchased Château Malartic-Lagravière in 1997. Drawn to the exceptional terroir and huge potential of its wines, they immediately embarked on a fervent mission to revive this Grand Cru Classé de Graves, whites and reds, and quickly restored it to its former glory. Their children joined them in 2003 and at the end of 2005, they bought the neighbouring Château Gazin Rocquencourt, which the Grand Cru team manages with the same demanding quality standards. In 2005 the Bonnies acquired Clos de los Siete in Argentina where they established the magnificent Bodega DiamAndes. From Bordeaux to Mendoza, the Vignobles Malartic teams, now led by Véronique and Jean-Jacques, work with passion and precision to produce refined, intense and complex wines, vintage after vintage, for the pleasure of wine-lovers the world over! 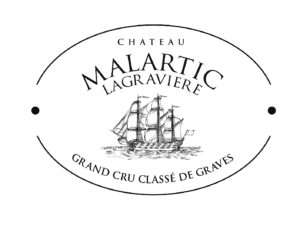