New Saint-Emilion Jurade Chancellery to be founded in Ivory Coast 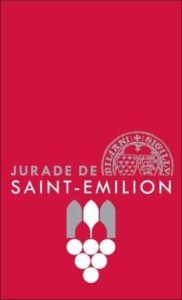 The Saint-Emilion Jurade founded in 1199, is one of the oldest existing winegrowing brotherhoods. Today, it is made up of 130 Jurats and has inducted over 3,000 celebrities worldwide, who in turn become ambassadors of the wines of Lussac Saint-Emilion, Puisseguin Saint-Emilion, Saint-Emilion and Saint-Emilion Grand Cru. The Jurade seeks to promote the reputation of Saint-Emilion wines all over the world and to achieve this, several chancelleries have been founded abroad to fly the Saint-Emilion flag outside France: in UK, Belgium, Malta, Hong Kong and even China.
Today, a new chancellery could come to life in Ivory Coast. A delegation will visit Abidjan from 4th to 7th May. It will be made up of two Jurats: Bernard Bessede, the owner of Château La Vaisinerie in Puisseguin, who has travelled to Abidjan regularly for more than 30 years, and Sylvie Cazes, who owns Château Chauvin and presides over the foundation of Bordeaux’s Cité du Vin. They will be accompanied by Franck Binard, the General Director of the Saint-Emilion Wine Council.
The delegation will set out to meet political leaders, wine store owners, restaurateurs and local businessmen in order to try to identify the future Jurade Chancellor in Ivory Coast.
This initiative has firm backing from the Sub-Saharan Delegation of Bordeaux City and Bordeaux Métropole working with Saint-Emilion wines as it does with other regional business actors, but with nevertheless a special focus on Bordeaux and Saint-Emilion wines.