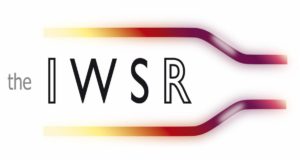 According to the IWSR’s latest data release (2016 data), the consumption of alcoholic drinks is declining at an increasingly faster rate than has been previously reported by other data companies. For 2016 the IWSR reports that the global market for alcoholic drinks shrunk by -1.3%, compared with an average rate of just -0.3% in the previous five years. The reasons for the accelerated downward trend include a faster decline in beer, a reversal of trends for cider and slowing growth for mixed drinks.

Cider declined by -1.5% after years of solid growth. The markets responsible for this reversal of trends were South Africa, which saw decline following a period of growth, and especially the US, where volumes collapsed by -15.2% after years of double-digit growth.

Beer declines accelerated in 2016, with the category down -1.8%, compared with a five-year rate of -0.6%. The global trend is a reflection of developments in three of beer’s largest markets: China, Brazil and Russia, which all saw steeper declines than in previous years, declining at -4.2%, -5.3% and -7.8% respectively in 2016.

The negative trend in vodka is largely due to steep volume losses in Russia (-9.3%), which nevertheless remains vodka’s largest market by far. Key growth markets for total spirits last year were China, the US and Mexico.

Wine was flat overall (-0.1%), with sparkling wine growing at 1.8% and still wine down by -0.5%. This is roughly in line with the trend of the previous five years.

Widely seen as the most accurate source of beverage alcohol consumption trends, the IWSR does however predict improving fortunes for the total global drinks market, with consumption forecast to increase by 0.8% until 2021. Whisky will be one of the main growth drivers as volumes are expected to grow by 650m litres by 2021. Global consumption of mixed drinks is expected to increase by more than 400m litres over the next five years, while sparkling wine is likely to add more than 220m litres. Beer is also forecast to show strong growth in many Asian and sub-Saharan Africa markets.