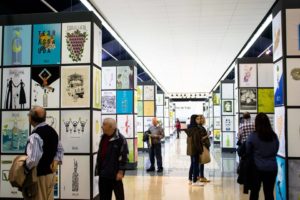 Prizes: €16,000 in cash // Deadline: September 30th
Terras Gauda Wineries rewards once again the creativity of graphic designers, illustrators and artists and calls the international artistic avant-garde to join the 13th edition of the International Biennial Poster Design Terras Gauda – Francisco Mantecón Competition, consolidated as one of the three most prestigious biennial advertising poster competitions and the only private cultural initiative of its kind to be convened by a winery.
Graphic artists, universities and design studios from all over the world are invited to participate in this contest that have gathered more than 15,000 posters from all five continents during the 12 editions celebrated since its first call in 2002.
The winery will distribute €16,000 in cash prizes (€10,000 for the 1st prize winner, whose entry will be used as the image of the winery over the next two years; €2,000 for the 1st honorable mention, 2nd honorable mention and the Special Mention, respectively). Works can now be submitted at any time before the September 30th deadline.
Pepe Gimeno, graphic and typographic designer, is the distinguished professional on the panel of judges. He was awarded TDC Typeface Design Award for his typography FFPepe and 5 times TDC Communication Design Awards. His work has been collected in numerous international publications and has been part of exhibitions that have gone over different countries. In this new edition, Enrique Cotillas, honored with a Laus Award and several Promax & BDA (Broadcast Designers Association) and current Deputy Director of Infographics and Graphics of TVE (Spanish national television), is also part of the panel. Besides, Angelika Jaglinksa, winner of the last edition of the contest, will take part in the jury too. 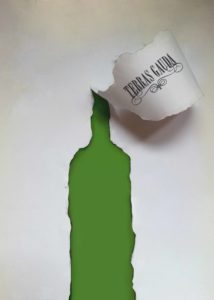 The list of winners of the Francisco Mantecón Competition includes prominent graphic artists such as University of Osaka Art and Design professor Shima Takahiro, Thomas Pion, from Belgium; Sebastian Büsching, from Berlin; Taber Calderón, from New York; Cristina Vergara Echarri, from Spain and Barbara Pilarska, from Poland, among others.
1,310 posters from 59 countries were entered in the 12th edition and were exhibited for one month at the Maritime Station of Vigo, where they were seen by a large number of visitors from both Spain and abroad, who were drawn by the different artistic trends represented. The high level of participation and the geographical variety is a reflection of national and international media attention and the involvement of associations, universities and museums of contemporary art. Terras Gauda Wineries (Spain) is present in 58 international markets in Europe, North and South America, Asia, Africa and Oceania, where it sells more than 1.5 million bottles of its Terras Gauda Albariño, Terras Gauda Etiqueta Negra, Abadía de San Campio and La Mar (Caíño Blanco).
The International Biennial Poster Design Terras Gauda – Francisco Mantecón Competition 2017 is supported by the Port Authority of Vigo and the Galician Regional Government, through its Office of the General Secretary of Tourism.