VINEXPO BORDEAUX: A DECISIVE PLAYER IN THE WINE AND SPIRITS TRADE 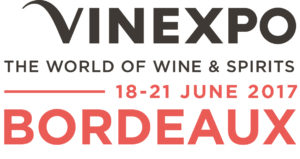 While final visitor numbers will not be released until next week, three clear trends emerge.

The first is the quality of visitors and the strong presence of decision makers, a fact remarked on by exhibitors and re-emphasised by the number of one-to-wine meetings set

up by Vinexpo. These 2000 meetings, arranged in advance, were targeted, constructive and resulted in the signing of a large number of distribution contracts.

“Our aim was to give added support to the quality of our visitor universe. I can say today that we have kept our promise,” said Mr Guillaume Deglise, CEO of Vinexpo Group, in a press briefing this morning.

Buyers coming from 150 countries shows that the distribution sector has become a worldwide business and that the Vinexpo brand is the world benchmark when it comes to finding new markets and growing of networks.

The largest number of visitors came from France, followed by China and the USA. The signature of an agreement between Vinexpo and TMall (Alibaba Group) will re-inforce the position of Vinexpo in China and help it to grow its reputation in this vast territory. The launch of Vinexpo New York in March 2018 will, similarly, help to develop the appeal of Vinexpo for Americans.

“We exhibit at Vinexpo to meet American and Chinese buyers. We have been coming here for 16 years and we know that at Vinexpo Bordeaux we shall meet with professionals whom we could not meet at the other big exhibitions. On our first day we signed deals with a Chinese importer and a company from Saudi Arabia,” said Tanja Robinson, Commercial Director of Robinson & Sinclair (South Africa)

The second is the ability of Vinexpo to unite the players in the sector. Major international brands, family businesses, small winegrowers, or regional or national exhibitors were widely represented and showed their enthusiasm.

The showcasing of producers gave professional visitors the chance to rediscover the Tre Bicchieri from the Gambero Rosso guide, to taste the 2016 vintage of the Union des Grands Crus of Bordeaux, or Rieslings from Wines of Germany.

The Institute of Masters of Wine was also present as well as representatives of world gastronomy through starred chefs and well-known sommeliers.

Vinexpo also succeeded in bringing together specialists such as Michel Bettane and Thierry Desseauve, to create new approaches towards niche products. Nor should we forget key media such as Wine Spectator, Terre de vins, The Drinks Business or the Revue du Vin de France.

The third is the success of a rich content and information, as we promised. In setting up conferences on topics such as the impact of climate change on viticulture, the implications of Brexit, or the growing influence of e-commerce, Vinexpo identified with the concerns of its customers in seeking answers to the big questions of the day.

The wine and spirit tastings, each as interesting and enriching as the other, were displayed at the Vinexpo Academy and on the stands.

Riesling Day gave the opportunity on June 20, to focus on this international grape variety and five Master of Wine matched their views on Rieslings from France, Germany, America, Australia and Austria.