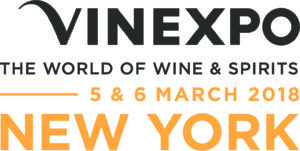 Bordeaux, March 8th 2018 – This week’s Vinexpo New York wine and spirits tradeshow, held March 5-6, showcased 500 exhibitors from 23 countries, drawing a total attendance of 3,446. Given the extraordinary success of the 2018 event, the organizers will return to the Javits Center with an expanded show on March 4-5, 2019. Registration will open September 2018.

Highlights of Vinexpo New York 2018 included a press conference and tasting with Wine Origins Alliance – which works to ensure wine region names are protected, and not abused or miscommunicated, to consumers worldwide – and an appearance by Martha Stewart, who was meeting with suppliers to her direct-to-consumer wine service and scouting for new producers. Attendees packed into the numerous educational conferences and master classes, addressing such topics as the shifting patterns of consumption and production, the effects of climate change, the purchasing power of millennials, and the rise of e-commerce. The complimentary One to Wine Meetings matchmaking service facilitated more than 1,000 pre-scheduled meetings between attendees and exhibitors.

“We are so pleased with the quality of attendees at Vinexpo New York,” noted Fabiana Bracco, export manager of Uruguay’s Narbona Winery. “We have met some really important buyers from the United States and this has been a great opportunity for us to showcase wines of Uruguay.”

“Our expectations in launching Vinexpo New York were high and we are thrilled that they were exceeded,” commented Guillaume Deglise, CEO of Vinexpo. “The U.S. is in the spotlight right now given its status as the #1 consuming market in the world, and with interest in imported wines, especially among millennials, at an all-time high.”

“The Vinexpo and Diversified teams did a tremendous job pulling this together,” stated Mary Larkin, executive vice president of Diversified Communications, who produced the show. “Vinexpo New York has tapped into a booming market, and we’re excited to return next year with an even bigger event.”