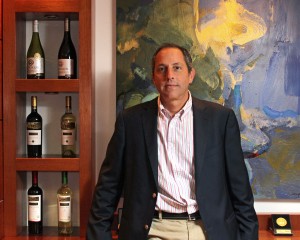 Since July 1, 2013 Matías Rivera Fresno has been the new General Manager of the Aresti Wine Group from the Valle Curicó in Chile. The 45-year old enologist worked previously as General Manager of the Santa Helena Winery, which belongs to the San Pedro Tarapacá (VSPT) Wine Group. Rivera is now responsible for the brands of Espíritu de Chile and Espíritu de Argentina as well as for the premium line Aresti – the latter is currently being completely relaunched. Begoña and Ana Maria, the daughters of the company founder Don Vicente Aresti, took ownership of the family business in August 2012, a few months before the death of their father. The young operative team is now lead by a man with 18 years of experience in the wine industry. Before his employment at Santa Helena, the agronomist and winemaker had also worked at the Cousiño Macul winery, a company rich in tradition. Now he is excited about his new assignment: “I am proud to be part of this new challenge that the board of directors and my team have so strongly committed to during this new phase of the winery.“

1.200 acres of land, 300 of them being cultivated with vines, belong to the Aresti Wine Group at the moment. Another 60 acres will be added this year to expand the ratio of their own grapes in the overall production to about two-thirds. Recently Aresti’s dedication to quality has been recognized by awards at several international wine competitions. The brands of Espíritu de Chile and Espíritu de Argentina are now global brands and are mainly sold in wine and food retail shops. The family winery’s goal is to place the Aresti line in the premium and super premium segment.