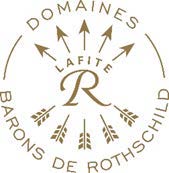 Château Lafite Rothschild and Domaines Barons de Rothschild (Lafite)’s growth has led to the creation of a Senior Advisor position, attached to the Head office, which will be filled by Charles Chevallier from January 1st, 2016.
In this role, he will be in charge of relations with private and public institutions, universities and educational centres, acting as an Ambassador for our wines worldwide.
In this way, he will support the Group with his extensive technical experience and his talents as a communicator.
Charles Chevallier, who joined the Group in 1982, has carried out remarkable work both in his beginnings at Château Rieussec and then later, at the head of Lafite and our other Bordeaux properties.
He has played an important role in Lafite’s renewed success in recent years.

Eric Kohler will succeed him in the technical management of Château Lafite Rothschild and of the other properties in Bordeaux: Château Duhart-Milon, Château L’Evangile and Château Rieussec. Eric joined DBR in 1994, working at our Bordeaux properties. He subsequently took charge of Domaine d’Aussières in Languedoc and our properties in Argentina, Chile and China, missions that he has carried out with energy and success.
Olivier Tregoat joins the Group this month to undertake the supervision of the properties outside of Bordeaux. He knows them well, having provided them with technical advice for more than 10 years.
We wish all of them great success in the fulfilment of their missions.